Three times in the nine years I have served at the Equal Employment Opportunity Commission (EEOC), I've had the honor of being on panels with and getting to listen to the story of Willie King. Ms. King was a long-time employee of the EEOC who retired a few years back. As a young woman, she was a secretary to Dr. Martin Luther King, and she helped to type up his "Letter From Birmingham Jail." It was always fascinating to hear the story of how she had to read his handwriting from the scraps of paper he wrote on that were smuggled out of the jail. That letter would become a seminal document of democracy and justice.

But the other part of the story she would often recount was about the EEOC. When it first opened, she explained, it was not necessarily viewed as a place African-Americans could get any help - the black community was, understandably, fearful of the government, and certainly didn't see it as a potential friend or protector. But, eventually, she explained as she told her own story of coming to work at the EEOC, the agency came to be viewed as a place where black Americans could go to work as a trusted partner in helping people of color in the workplace.

Two great leaders within the EEOC have just retired from the agency: James (Jim) Neely, district director of the St. Louis District Office, and Bernice Williams-Kimbrough, district director of the Atlanta District Office. Their stories, and their careers with the EEOC, are not only reflective of the times in which they lived, but they both significantly helped shape the agency and its work.

For this year's Black History Month commemoration, I asked them each to share some thoughts on their own histories and their work. Here, in their own words: 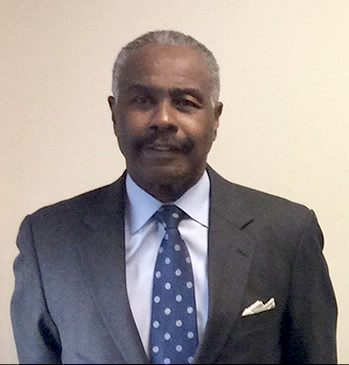 First my personal history. I grew up in East St. Louis, Illinois, across the Mississippi from St. Louis. I attended African American schools through high school. At that time, the metropolitan St. Louis area was de facto segregated. Although, unlike other places, African Americans could eat at the counter of the department stores, they could not sit in the booths. The Civil Rights Act was passed while I was in high school and you could see some incremental changes beginning to occur.

From high school, I attended Howard University, there in Washington D.C. I then attended Vanderbilt University School of Law in Nashville, Tennessee. I do not discuss Vanderbilt very much. I was the sixth African American to attend the law school. Numbers three, four and five were in the second- and third-year classes when I started. They were older than I was, one was engaged, and one was married. I did not interact with them very much. As you know, law school is hypercompetitive. The law school and Nashville were very impersonal towards African Americans in that post segregation period.

After graduation from Vanderbilt, I worked for three years with the National Labor Relations Board before being recruited to the Commission by a friend who worked there. I started in the Chicago Litigation Center. At that time all lawyers were housed separately from enforcement in five Regional Litigation centers across the country.

The EEOC was a fledgling agency when I began. It's ironic to me that the big issue under Title VII today is whether LGBT issues constitute discrimination under the statute. When I started, some courts had ruled that sexual harassment was not sex discrimination.

In one trial here in St. Louis, the employer argued that there were not the public or private means of transportation to allow African Americans to work in its plant. We were able to show that some of the surrounding businesses employed respectable numbers of African Americans. Some of the investigators in St. Louis reviewed the applications of the employer and identified several African Americans who applied there based upon their addresses. At trial the applicants testified that they had applied at the defendant's facility but were not interviewed for jobs.

There is one other case that I am asked about from time to time. It involved a railroad in Houston and its seniority system.

As we all know, bona fide seniority systems are exempt from claims of discrimination under Title VII. To my knowledge only one court has addressed the question of whether a seniority system was "bona fide." That issue was central to the case involving the railroad.

Prior to World War I, African Americans worked on the railroads in all the skilled jobs such as engineers, brakeman and conductors. The railroads could pay them less than whites to perform such jobs.

However, the railroads were essentially nationalized during World War I. The government required them to pay prevailing wages and recognized the unions as the sole collective bargaining agents. The unions negotiated seniority systems to protect their members. However, the union also had written into their constitution that African Americans could not become union members. What's more, the unions were able to write into the collective bargaining agreements that "sons of" the members were preferred for hiring into the positions. Of course, this provision discriminated against minorities and women which was alleged in the Commission suit. Hence our argument that the seniority system was not "bona fide."

I was one of three Regional Attorneys who the General Counsel assigned to the case after discovery was closed. Ultimately, defense counsel made us an offer we could not refuse. To this day, the three of us talk about that case. I wonder if the Commission will ever challenge a seniority system again.

Those are only a couple of memories I could share. The Commission was my home and, like others, my passion.

Discrimination still exists but it in many ways is more subtle than when I started. I leave knowing there is a dedicated staff who is still committed to the mission of the Agency and will continue to make workplaces fair and equitable.

Thank you again for allowing me to travel down memory road. I wish you and the Commission continued success. 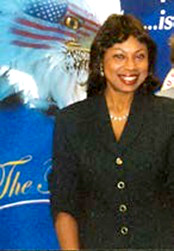 The time I spent at the EEOC has been extremely invaluable, and rewarding on myriad levels. I worked in the federal service for over 50 years, having served the first five years of my career at Robins Air Force Base, located in Warner Robins, Georgia. Growing up in the Deep South, specifically in middle Georgia, I witnessed first-hand the impact of social changes taking place across the nation. Some of these unfortunate experiences while growing up inspired me to work in the field of social justice.

I attended Vienna High and Industrial School in Vienna, Georgia, received my bachelor's degree from Fort Valley State College and juris doctorate from the University of Detroit School of Law. This formal education prepared me well to serve the nation as a civil servant responsible for enforcing the nation's employment discrimination laws.

I still recall vivid memories of the nation's segregated workplaces, schools, water fountains, and facilities. When I first started conducting investigations, things were vastly different from when I retired as the District Director. However, despite these vast differences, there remained one common thread tying these decades of work together: societal progress.

There has been incremental progress in the workplace, highlighted by a readily identifiable more diverse workforce, which includes persons of color, persons with disabilities, and LGBTQ members. The protection for these individuals were accompanied in various respects by the passage of four other statutes that complement Title VII.

I am extremely proud of the work that I engaged in over the years at the EEOC, specifically my direct efforts in resolving a race class case investigation involving a large defense contractor for over $21 million. I am also proud to be a recipient of both the "Woman of Distinction" award from the Georgia State Conference of the NAACP and the "Freedom Award" from the Georgia Commission on Equal Opportunity. I will always remain a steadfast proponent of expanding federal employment right protections to all. Although much progress has been made, there remains substantial work to be done in achieving the nation's goals of providing equal employment and opportunity.

This Black History Month, let us commemorate Jim and Bernice, our own EEOC heroes. To be sure, the experience and leadership of these two EEOC veterans will be sorely missed. But their careers and achievements are truly a lasting inspiration, driving us forward. Crucially, their words remind us how much work is still to be done.