"I  want to thank the EEOC for believing in me and fighting this fight for me and  other victims of pregnancy discrimination," said discrimination victim Brenda  Murillo. "I finally got to tell my story  at the trial to the jury and they believed me."

According  to the EEOC's lawsuit (EEOC v. High Speed  Enterprise, Inc, dba Subway, CV-08-01789-PHX-ROS), Murillo applied for a  position at the Subway in May 2006.  Later that month, when Murillo met with the general manager, he asked  Murillo if she were pregnant. When she  said that she was, the manager told her, "We can't hire you because you're  pregnant." The manager admitted in sworn  testimony that he had made that statement because he had been told by the  president of operations that he could not hire pregnant women.

Pregnancy  discrimination violates Title VII of the Civil Rights Act of 1964, as amended  by the Pregnancy Discrimination Act (PDA).  The act makes it clear that it is against federal anti-discrimination  laws for employers to refuse to hire pregnant women or to fire women because  they are pregnant or in any way treat pregnant women differently because they  are pregnant. The EEOC filed suit after  first attempting to reach a pre-litigation settlement through its conciliation  process.

On  June 27, 2011 Chief Judge Roslyn O. Silver for U.S. District Court for the  District of Arizona agreed with the EEOC's position. She issued an order finding that there was  direct evidence that this employer had violated the law. Following the court's ruling, the case went to  a jury trial on punitive damages starting on January 24, 2012. The EEOC sought back pay, punitive damages and  appropriate injunctive relief. The seven-person  jury decided unanimously that punitive damages should be awarded because Subway  acted in reckless disregard for Murillo's federally protected rights.

"The  court had previously agreed with the EEOC, without the need to go to a jury  trial on liability, that Subway engaged in intentional sex and pregnancy  discrimin­ation," said Mary Jo O'Neill, Regional Attorney for the EEOC's  Phoenix District Office. "The EEOC would like to remind employers that  pregnancy discrimination has been illegal for decades, and violations of the  law will be met with rigorous enforcement by our agency. We also want pregnant women to know that it  is illegal for employers to refuse to hire them, fire them or to treat them  differently simply because they are pregnant."

EEOC  Trial Attorney Nancy Griffiths said, "We are thrilled with the jury's decision. Belinda Murillo stood up for her rights even  though it was not easy. When the jury heard  her story and awarded punitive damages, justice finally prevailed."

EEOC  Trial Attorney Richard Sexton added, "We are pleased with the jury's and  court's decisions. Employers cannot  refuse to hire women simply because they are pregnant, and women should never  be forced to choose between motherhood and their livelihood, especially in  these difficult economic times."

The  EEOC enforces federal laws prohibiting employment discrimination. Further information about the EEOC is  available on its website at www.eeoc.gov. 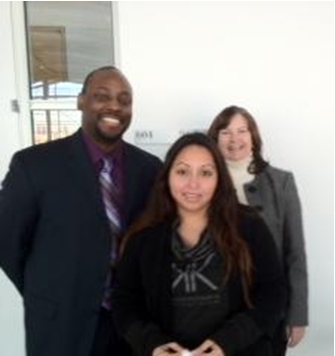