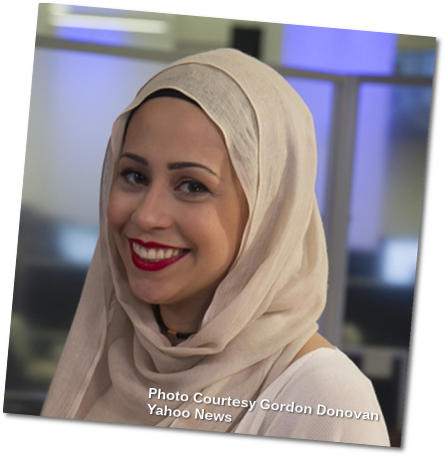 "Observance of my faith should not have prevented me from getting a job. I am glad that I stood up for my rights and happy that the EEOC was there for me."

Samantha Elauf was a teenager when she applied for a job at Abercrombie & Fitch in her hometown of Tulsa, Okla. She wasn't hired because she wore a headscarf, or hijab, as part of her Muslim faith. She was told that her hijab didn't conform to the company's "Look Policy." Samantha filed a charge against Abercrombie & Fitch with the U.S. Equal Employment Opportunity Commission (EEOC). After investigating Samantha's charge and failing to reach a voluntary settlement with the employer, EEOC filed suit against Abercrombie & Fitch alleging religious discrimination and eventually taking the case all the way to the U.S. Supreme Court. The court held, in an 8-1 decision, that an employer may not refuse to hire an applicant to avoid accommodating a religious practice. The court ruled that such behavior violates the prohibition on religious discrimination in Title VII of the Civil Rights Act of 1964.