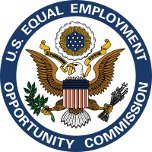 Almost 50 years ago, when President John F. Kennedy signed the Equal Pay Act of 1963, women were paid on average 59 cents for every dollar paid to men. Today, women are paid an average of 77 cents for every dollar paid to men, and the numbers are even worse for African American women and Latinas. Studies show that a significant portion of this "gender wage gap" cannot be explained by nondiscriminatory factors. For federal government employees the gap is smaller, but has not been closed yet. Although we have come a long way since 1963, clearly much work remains to be done in order to close the wage gap.

In his 2010 State of the Union address, President Obama promised to work with federal civil rights agencies "to improve compliance, public education, and enforcement of equal pay laws." He thereafter established the National Equal Pay Enforcement Task Force, bringing together the Office of Personnel Management (OPM), the Equal Employment Opportunity Commission (EEOC), the Department of Labor (DOL) and the Department of Justice (DOJ). On July 20, 2010, Vice President Biden released the Recommendations of the National Equal Pay Enforcement Task Force, providing a road map for federal agencies working to increase compliance with federal compensation discrimination laws. The full text of the Equal Pay Task Force Recommendations may be found at http://www.whitehouse.gov/issues/women.

According to a 2009 Government Accountability Office (GAO) report [1], from 1988 to 2007, the gender pay gap for federal employees declined from 28 cents to 11 cents on the dollar. Once GAO controlled for factors such as occupations, experience, and education levels, about 7 cents of the gap remains unexplained. The Task Force recommended that OPM and EEOC work together to "implement a strategy to improve the federal government's role as a model employer."

OPM and EEOC are working together to ensure the most rigorous possible enforcement of our federal equal pay laws in federal sector employment. Representatives from our agencies are working with the GAO to identify the reasons for this wage gap and ways to close it.

EEOC and OPM are committed to ensuring equal pay for equal work without regard to gender, or any other prohibited basis. The Equal Pay Act (EPA) requires the federal government to pay men and women equal pay for equal work. The jobs need not be identical, but they must be substantially equal. Job content (not job title) determines whether jobs are substantially equal. All forms of pay are covered by this law, including salary, overtime pay, bonuses, and all benefits. If there is an inequality in wages between men and women, employers may not reduce the wages of either sex to equalize their pay. Title VII of the Civil Rights Act (Title VII) also makes it illegal for the federal government to discriminate based on sex in pay and benefits. Therefore, someone who has an EPA claim may also have a claim under Title VII. Federal law also prohibits employment discrimination – including pay discrimination – on the bases of race, color, religion, national origin, age, disability, and genetic information.

Any federal employee who believes that s/he has a Title VII compensation discrimination claim should contact an EEO counselor at the agency where the alleged violation occurred within 45 days of the event or action s/he believes is discriminatory. For additional information on the federal sector EEO process, consult the EEOC's website, http://www.eeoc.gov/federal/fed_employees/complaint_overview.cfm and Federal Sector Equal Opportunity, 29 CFR part 1614. For an EPA claim, a federal employee may contact a counselor but also has the right to file suit in federal court without exhausting internal administrative remedies. For additional information on equal pay claims generally, see http://www.eeoc.gov/laws/types/equalcompensation.cfm.