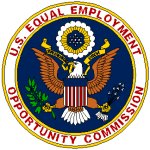 WHAT DOES THE EEOC DO?

The EEOC enforces federal laws that prohibit discrimination by employers, employment agencies, or labor organizations against employees, applicants, or former employees because of their race, color, religion, sex, pregnancy, national origin, age (40 or older), disability, genetic information, or because they (or someone closely related to them) pursued their rights under these laws.

Retaliation (a.k.a. "reprisal") means treating employees badly because they complained about discrimination on the job, filed a discrimination charge or complaint, or participated in any manner in an employment discrimination proceeding. Retaliation includes mistreatment for raising discrimination that affects others (e.g., if a man complains about sexual harassment of women, mistreating him is retaliation). It also includes mistreatment of workers closely related to someone who has complained (e.g., if a worker's spouse filed an EEOC charge, both the worker and his spouse can claim retaliation for actions taken against the worker to deter the spouse's EEO activity). Retaliation for complaining about conduct that does not involve employment discrimination, such as union activity or workers compensation, is not prohibited by EEOCenforced laws (although other laws may apply).

To have a valid retaliation claim, three things must have occurred:

1. Protected Activity: - opposition to discrimination or participation in covered proceedings.

Participation means filing a charge, acting as a witness, or otherwise taking part in any investigation by the EEOC or the employer, state or federal court, or any other proceeding related to employment discrimination.

3. Casual connection between the protected activity and the adverse action.

If an employee testifies against his employer in a coworker's complaint and subsequently receives a negative performance review that could affect his career advancement, the employer may have retaliated.

If an employee was a witness in an employer's internal investigation of an EEO complaint and was later discharged because he participated in the process, the employer illegally retaliated.

If an employee files a charge of employment discrimination with the EEOC, and the employer fires the employee afterwards because the EEOC dismissed her charge, the employer has retaliated.

FILING A CHARGE (involving a Private Company, or State or Local Government)

Charging Parties have either 180 or 300 days from the day they knew about the negative job action to file a charge. The longer time period applies if the employer is located in a place where a state or local government agency has laws similar to the EEOC's laws. Employees and employers may contact the EEOC directly with questions regarding how much time a person has to file a charge. EEOC encourages that people act quickly to ensure that charges are timely filed.

The time for filing a complaint in the federal sector is 45 days from becoming aware of the harm. To satisfy this time frame, federal employees, former employees, or applicants must first contact an EEO Counselor at the agency where the claim arose-not the EEOC.

DO YOU HAVE MORE QUESTIONS?