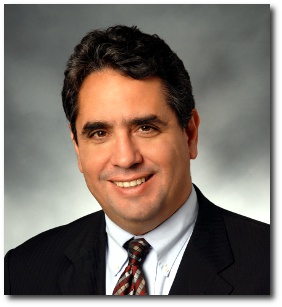 During Hispanic Heritage month, we celebrate the economic, social, and cultural contributions of our nation's robust, dynamic and diverse Latino community. Latinos are the fastest-growing minority group in the United States, with a population of just over 56 million. The Latino experience consists not only of heartbreak and hardship, but also of remarkable success and resilience. Latino icons such as Puerto Rican Supreme Court Justice Sonia Sotomayor, Dominican-American writer and Pulitzer Prize winner Junot Diaz, and Mexican-American labor organizer Dolores Huerta exemplify the successes of this diverse community.

Many Latinos immigrated to the United States to escape poverty, war and political persecution, searching for a better life and greater opportunities. These immigrants have often been welcomed into well-established Latino communities with deep, multi-generational ties to the United States going back decades, or even centuries. Latinos have contributed with sweat and hard work, by picking crops, building our homes and caring for our children. We are entrepreneurs, doctors, lawyers and engineers. We are also "Dreamers" -- young Latino immigrants for whom this country is the only home they know, but are told by many they do not belong.

Latinos have also sacrificed with blood in every one of our nation's military conflicts through their military service. This fact, known all too well by the community of Hero Street USA in Silvis, Ill., a town with more decorated veterans per capita than any other community in the United States.

Both my parents have roots deep in the clay of the American Southwest, preceding the arrival of the Mayflower and the present political boundaries of the country. This community, however, is bound together with the most recent Latino immigrants by a common heritage and an appreciation for the values and opportunities of this nation. My parents, who were very active in the farmworker movement led by Cesar Chavez, instilled these values in me and often told me: "Mijo, you have an obligation beyond yourself to leave the world in a better place."

Although my path was not a traditional one, this sense of responsibility and obligation compelled me to become a civil rights lawyer. My high school years at Woodburn High School in Oregon bolstered that resolve. I vividly recall the considerable stratification in the local community, the ethnic slurs and low expectations for the significant Latino student population. The high school's Latino dropout rate was sky high, and I became part of that statistic. However, thanks to my parents, who instilled in me the love of learning, I obtained my general equivalency diploma (GED), attended community college, Arizona State University and then Harvard Law School.

As General Counsel of EEOC, I help lead an agency that has been the guardian of the American dream and equal opportunity in the workplace. EEOC has litigated many cases highlighting the ongoing discrimination against Latino workers. This includes a case about requiring a Latina worker to provide a birth certificate, not a U.S. passport, to establish that she was work-authorized; several cases involving egregious ethnic slurs and scapegoating, including the case of Puerto Rican workers (who, of course, are United States citizens); and cases on behalf of other Latino workers called "wetback" and told "go back to where you came from." Additionally, we have seen cases involving employers who hire undocumented Latino immigrants but then attempt to evade legal responsibility by asserting that undocumented workers are not protected by anti-discrimination laws.

With the long lens of history, we can be confident that hard work and vigilance will move us forward. I recently returned to Woodburn High School to address the graduating class and saw remarkable changes. My hosts recounted the grass roots organizing, school board elections, lawsuits, demonstrations and fundraising at the center of this change. The school curriculum was revamped, resulting in a widely recognized International Baccalaureate (I.B.) program and an 80% Latino graduation rate, including at least ten who shared my surname, Lopez.  Here I witnessed firsthand that in the United States justice and progress are possible.

One of my favorite quotes highlighting this long lens of history and our ability to transcend even our nation's worst scars and injustices is from President Lyndon Johnson when he signed the Voting Rights Act in 1965, following the historic passage of the Civil Rights Act of 1964. Here is what he said:

"My first job after college was as a teacher in Cotulla, Texas, in a small Mexican-American school. Few of them could speak English, and I couldn't speak much Spanish. My students were poor and they often came to class without breakfast, hungry. They knew even in their youth the pain of prejudice. They never seemed to know why people disliked them. But they knew it was so, because I saw it in their eyes. I often walked home late in the afternoon, after the classes were finished, wishing there was more that I could do. But all I knew was to teach them the little that I knew, hoping that it might help them against the hardships that lay ahead.

Somehow you never forget what poverty and hatred can do when you see its scars on the hopeful face of a young child.

I never thought then, in 1928, that I would be standing here in 1965. It never even occurred to me in my fondest dreams that I might have the chance to help the sons and daughters of those students and to help people like them all over this country."