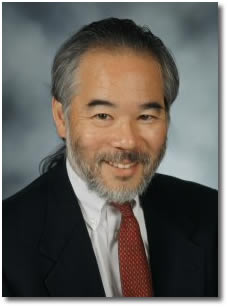 Stuart J. Ishimaru has been a member of the U.S. Equal Employment Opportunity Commission since 2003, nominated by President George W. Bush upon the recommendation of Senate Democratic Leader Tom Daschle.  He currently is serving a second term, upon the recommendation of Senate Democratic Leader Harry Reid, that expires July 1, 2012.  He was designated by President Obama as Acting Chairman of the Commission on January 20, 2009 and served in that capacity until April 7, 2010.

During his tenure as Acting Chairman, Mr. Ishimaru worked to rebuild the EEOC, which had become under-funded and under-staffed.  Under his leadership, the agency obtained record budgets from the Congress, and embarked on an aggressive hiring initiative to significantly increase its front-line enforcement staff.  He also dedicated substantial agency resources to a multi-million dollar training effort—the largest the agency had conducted in at least a decade—to equip EEOC employees with essential skills and knowledge they need to investigate and litigate large and complex discrimination cases.

Mr. Ishimaru emphasized the EEOC's critical role as a law enforcement agency, encouraging the Commission's employees to carry out the agency's mission fairly and vigorously.  He committed agency resources to investigating and litigating systemic cases—larger cases with the potential to provide relief for numerous victims of discrimination and to bring about positive change in entire companies and industries.  Under his leadership, during fiscal year 2009, the Commission recovered a total of $376 million in relief for victims of discrimination (including a record $294 million in monetary relief obtained by the Commission in its administrative enforcement process, and an additional $82 million secured through Commission litigation).

Mr. Ishimaru worked to reinvigorate the agency's emphasis on race discrimination issues.  He also was instrumental in the Commission's adoption of groundbreaking guidance and "best practices" to help employers avoid engaging in gender and disability discrimination against workers who have caregiving responsibilities.  In addition, Mr. Ishimaru spearheaded the first public Commission meeting in years to focus on age discrimination, examining the effect of the recent recession and of adverse Supreme Court decisions on the rights of older workers to secure equal employment opportunity.

During Mr. Ishimaru's tenure as Acting Chairman, the Commission published proposed regulations to implement the employment provisions of the Americans with Disabilities Act Amendments Act of 2008 and the Genetic Information Nondiscrimination Act of 2008.  He was the first Administration official to testify before Congress in support of the Employment Nondiscrimination Act, which would prohibit employment discrimination based on sexual orientation and gender identity.  He also testified before the Senate in support of the Paycheck Fairness Act (an Act to reinvigorate and bolster the protections against gender-based wage discrimination provided by the Equal Pay Act of 1963).

While he was Acting Chairman, Ishimaru's other priorities included improving access to the EEOC and its services.  He had pressed agency staff across the country to reach out to underserved populations and communities.  Further, during his time at the Commission, Mr. Ishimaru has worked with former EEOC Acting Vice Chair Christine Griffin to increase diversity and equal employment opportunities in the federal sector.  He led a Commission workgroup that developed consensus recommendations to improve the federal sector complaint process, many of which have been implemented or serve as the basis for current proposed regulatory changes.

In 1993, Mr. Ishimaru was appointed by President Clinton to be the Acting Staff Director of the U.S. Commission on Civil Rights, and from 1984-1993 he served on the professional staffs of the House Judiciary Subcommittee on Civil and Constitutional Rights and two House Armed Services Subcommittees of the U.S. Congress.

Mr. Ishimaru, a native of San Jose, California, received his A.B. in Political Science and in Economics from the University of California, Berkeley, and his law degree from the George Washington University.  He is married to Agnieszka Fryszman, an attorney, and they have two sons, Matthew and Benjamin.