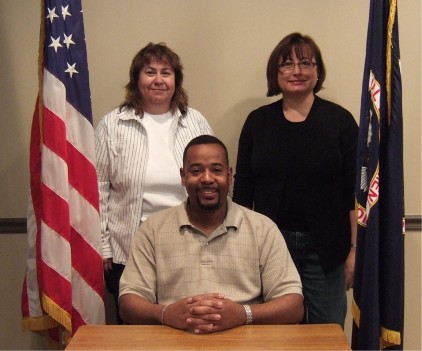 ALBUQUERQUE, N.M. -- The U.S. Equal Employment Opportunity Commission (EEOC) today announced the settlement of a race discrimination lawsuit against BCI Coca-Cola Bottling Company of Los Angeles (BCI) for $250,000 on behalf of an African American former worker in Albuquerque, N.M. The resolution follows a favorable ruling by the U.S. Court of Appeals for the 10th Circuit, which established an important legal doctrine known as "subordinate bias" theory.

"It is unfortunate that race discrimination still occurs in the 21st century workplace, as this case clearly demonstrates," said EEOC Phoenix Regional Attorney Mary Jo O'Neill, whose district includes northern and central New Mexico. "In addition to the substantial monetary relief for Mr. Peters, the injunctive relief contained in the consent decree will promote a discrimination-free workplace going forward at BCI's Albuquerque facility."

The EEOC had charged BCI with committing race discrimination against Stephen B. Peters, a black merchandiser, when a supervisor fired him in 2001 for not working his scheduled day off, even though Peters had called in sick and provided medical documentation. Additionally, the EEOC found that the supervisor made racist remarks about blacks generally.

"This case should remind employers that the EEOC will vigorously pursue and eradicate race discrimination using all the enforcement tools at our disposal," said District Director Chester Bailey. "While we always seek early resolutions out of court with employers as a first resort, we will not hesitate to litigate when necessary and appropriate."

The litigation (Civil Action No. 02-1644) was filed by the EEOC in U.S. District Court for the District of New Mexico against BCI, doing business as Phoenix Coca-Cola Bottling Company and Coca-Cola Bottling Company of Albuquerque. The court had previously dismissed the case on a summary judgment ruling which was subsequently reversed by the Denver-based U.S. Court of Appeals for the 10th Circuit.

The district court had said that the BCI official who actually terminated Peters was unaware of his race. However, the 10th Circuit found that a jury might reasonably conclude that Peters' termination was based on his race because there was evidence that one of his supervisors, Cesar Grado, treated African Americans more harshly than other employees. The EEOC asserted that Grado made racial remarks about African Americans.

In a published opinion, 450 F.3rd 476 (10th Cir. 2006), the appeals court observed, "In making the decision to terminate...the human resources official relied exclusively on information provided by Mr. Peters' immediate supervisor, who not only knew Mr. Peters' race but allegedly had a history of treating black employees unfavorably and making disparaging racial remarks in the workplace."

The EEOC's successful appeal was led by attorneys Lorraine Davis and Susan Oxford of the Office of General Counsel, Appellate Services, at agency headquarters in Washington, D.C. In reversing the lower court's decision, the appeals court established an important legal doctrine applicable in the 10th Circuit, which includes New Mexico, Colorado, Kansas, Utah, and Oklahoma. Under this legal doctrine, called the "subordinate bias" theory, an employer may be liable for discrimination when it relies on comments from a biased subordinate supervisor when taking adverse employment action against an employee.

After the 10th Circuit ruling, BCI asked the U.S. Supreme Court to hear the case via a petition for a writ of certiorari. The high court accepted the case, and it was fully briefed and set for oral arguments. However, less than a week before the oral argument, BCI withdrew its appeal with no explanation and, subsequently, settled the case with the EEOC.

In addition to $250,000 for Peters, the EEOC's two-year consent decree contains significant injunctive relief which applies to BCI and its managing agents at the Albuquerque facility. The injunctive measures require BCI to:

The consent decree also prohibits BCI from retaliating against Peters or any witness in this case, and converting the official status of Peters' firing to a voluntary resignation. Peters commented, "I want to thank everyone at the EEOC offices who worked on my case. I appreciate their support and their efforts on my behalf. I hope this resolution encourages employers to take their responsibilities to protect employees from discrimination seriously."

EEOC Trial Attorney Veronica Molina-Cunningham, who prosecuted the case, said, "It is rewarding to see justice done in this matter, not only for Mr. Peters but also for other victims of discrimination who will benefit from the important legal doctrine that was established."

On Feb. 28, 2007, EEOC Chair Naomi C. Earp launched the Commission's E-RACE Initiative (Eradicating Racism And Colorism from Employment), a national outreach, education, and enforcement campaign focusing on new and emerging race and color issues in the 21st century workplace. Further information about the E-RACE Initiative is available on the EEOC's web site at http://www.eeoc.gov/initiatives/e-race/index.html.

In Fiscal Year 2007, the EEOC received 30,510 charge filings alleging race-based discrimination, an increase of 12% from the prior year and the highest level in the past 15 years. Historically, race discrimination has accounted for the most frequent type of charge filing with EEOC offices nationwide.

The EEOC enforces federal laws prohibiting employment discrimination. Further information about the agency is available on its web site at http://www.eeoc.gov.