Company Pays  $120,000 to Woman Fired Because of Prior Back Injury and Age

The  EEOC's lawsuit, EEOC v. DXP Enterprises,  Inc., d/b/a DXP Safety Alliance, Inc., 11-cv-00849 JCH/KBM, charged that DXP  hired Connie Brooks and then fired her a few days later after learning she had  had a prior back injury. The EEOC  alleged that DXP terminated Brooks because of her disability and/or the  intersection of disability and age.

Disability  discrimination violates Title I of the Americans with Disabilities Act (ADA). The  Age Discrimination in Employment Act (ADEA) prohibits employment discrimination  based on age (over age 40). The EEOC  filed suit in U.S. District Court for the District of New Mexico after first  attempting to reach a pre-litigation voluntary settlement through its conciliation  process.

In  addition to monetary relief for Brooks, the consent decree settling the suit  provides for other important relief, including an injunction prohibiting  further discriminatory practices; institution of policies and procedures to  address disability and age discrimination; training for employees, managers and  human resource officials on disability and age discrimination; posting a notice  advising employees of their rights under the ADA and ADEA; and a letter of  reference for Brooks.

"We  are pleased with this employer's willingness to provide a prompt resolution to  Ms. Brooks, as well as the company's commitment to provide anti-discrimination training,"  said Regional Attorney Mary Jo O'Neill of the EEOC's Phoenix District Office, which  has jurisdiction over Arizona, Colorado, Wyoming, New Mexico and Utah. "Employers must be extra vigilant to assure  that decision-makers are aware that employment decisions must not be based on  myths, fears or stereotypes about a person's age or disability."

EEOC Deputy  District Director Elizabeth Cadle added, "The EEOC is gratified to see that  this employer is now following the adage that 'Prevention is the best cure' –  in this case, preventing future problems with discrimination through training  and awareness."

The EEOC enforces federal laws prohibiting employment discrimination. Further information about the EEOC is  available on its web site at www.eeoc.gov. 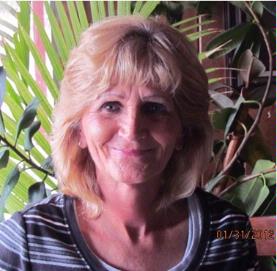