MEMPHIS, Tenn. - A jury has rendered a verdict of more than  $1.5 million in the U.S. Equal Employment Opportunity Commission's (EEOC)  sexual harassment and retaliation lawsuit against New Breed Logistics, a North  Carolina-based logistics services provider, the agency announced today.   The verdict followed a seven-day trial  before U.S. District Court Judge S. Thomas Anderson on behalf of four claimants  and included awards of $177,094 in back pay, $486,000 in compensatory damages  and $850,000 in punitive damages for the discrimination victims.

The EEOC's lawsuit charged New Breed Logistics with  subjecting three female employees in Memphis to sexual harassment and  retaliating against the three female employees and one male employee for  opposing the harassment in violation of Title VII.  Specifically, the jury found that New Breed,  through the conduct of a warehouse supervisor, harassed three temporary workers  by subjecting them to unwelcome sexual touching and lewd, obscene and vulgar  sexual remarks at the company's Avaya Memphis area warehouse facility.

Further, the EEOC charged and the jury found, a New Breed supervisor  fired the three temp workers because they complained about the harassment.  In addition, the EEOC said, the supervisor  also retaliated against a male employee by terminating him because he opposed  the harassment and agreed to serve as a witness for several claimants during  the company's investigation.

Sexual harassment and retaliation for complaining about it  violate Title VII of the Civil Rights Act of 1964.  The EEOC filed suit (Civil Action No.  2:10-cv-02696-STA-tmp) in U.S. District Court for the Western District of  Tennessee at Memphis after first attempting to reach a voluntary  settlement.

In addition to the monetary damages awarded by the jury  totaling $1,513,094, the EEOC  also seeks an injunction prohibiting discrimination in the future by the  defendant as well as other injunctive relief to be determined by the court.

"This agency always works to resolve cases informally  whenever possible," said EEOC General Counsel David Lopez.  "When we are unable to do so, as we have  demonstrated yet again, we will try the case to verdict to ensure that  employers will be held accountable for discriminatory practices, including  sexual harassment, and retaliation against individuals who oppose such  misconduct.  The EEOC has successfully  tried eight cases during this fiscal year prevailing in all but one."

This jury verdict represents the second $1.5 million-dollar  verdict in a sexual harassment case that the Memphis Office has obtained since  March 2011.

Faye A. Williams, regional attorney for the Memphis District  Office, said, "Memphis is often called 'America's Distribution Center.'  Temporary employees, as were the claimants in  this case, are a vital part of the country's work force, helping businesses to distribute  goods across the United States and the world in a timely and efficient  manner.  Enduring sexual harassment by a  supervisor should not be a part of the job.   We hope this case and this verdict serve to remind employers of their  responsibility to protect temporary employees placed in their facilities to  work.  Employers at the job site must  provide a safe place for employees, including providing a sexual harassment  policy to the workers, conducting training in the workplace about the policy  and timely investigating claims of harassment."

Further information about the EEOC is available on its web  site at www.eeoc.gov. 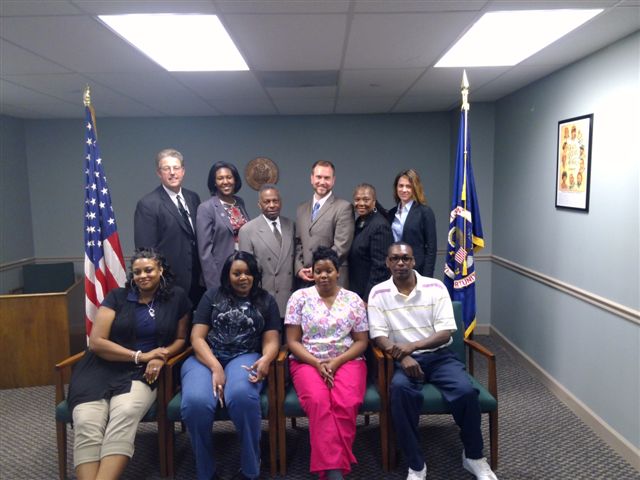