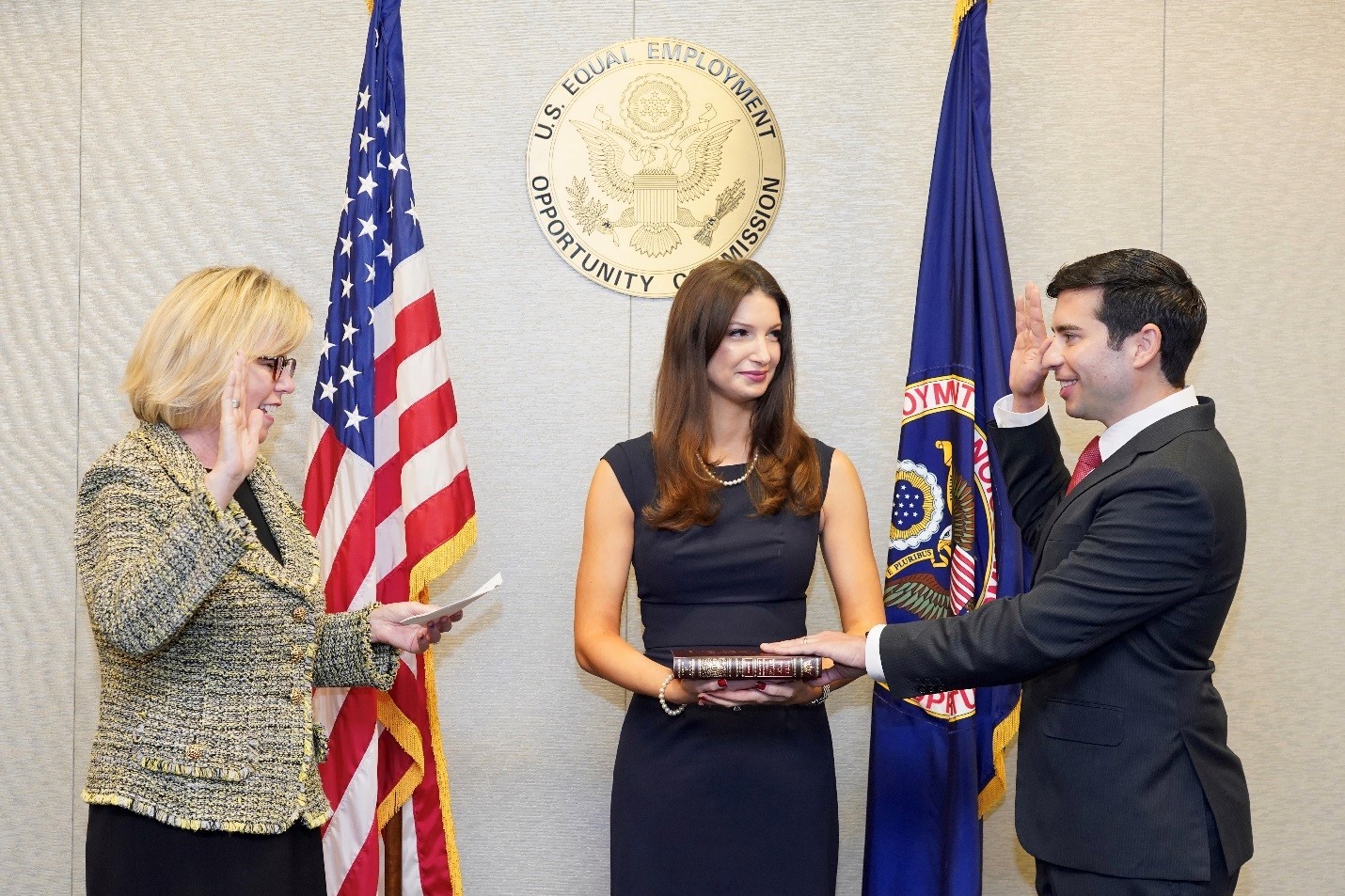 Sonderling joins Chair Janet Dhillon and Commissioners Charlotte A. Burrows and Victoria A. Lipnic on the presidentially appointed bipartisan Commission. One vacancy remains on the Commission.

"I am pleased to welcome Mr. Sonderling to this vitally important agency," said EEOC Chair Janet Dhillon.  "His vast experience with labor and employment issues, including his most recent accomplishments with the U.S. Department of Labor promise an ideally suited and valuable asset to the EEOC. I look forward to working with Keith, and my other colleagues on the Commission, to continue to promote equal opportunity for all."

"I am humbled and honored to serve as a Commissioner of the EEOC, and to be entrusted with a position where I can continue to work to prevent and remedy workplace discrimination and to advance the rights of the American workforce. I arrive eager to draw on my valuable experience with the Department of Labor to laser-focus on furthering the EEOC’s mission,” Sonderling said.

The EEOC advances opportunity in the workplace by enforcing federal laws prohibiting emp­loyment discrimination. More information is available at www.eeoc.gov.  Stay connected with the latest EEOC news by subscribing to our email updates.