HONOLULU -- The  U.S Equal Employment Opportunity Commission (EEOC) today announced a major settlement  of a race discrimination and retaliation lawsuit against Lockheed  Martin, the world’s largest military contractor, for  $2,500,000 and other relief on behalf of an African American electrician who  was subjected to a racially hostile work environment at several job sites  nationwide – including threats of lynching and the “N-word.”

The monetary relief for former Lockheed  employee Charles Daniels is the largest amount ever obtained by the EEOC for a  single person in a race discrimination case, and one of the largest amounts  recovered for an individual in any litigation settlement by the agency.  Additionally, the Bethesda, Md.-based company agreed  to terminate the harassers and make significant policy changes to address any  future discrimination, the EEOC said at a press conference in Hawaii.

The EEOC’s suit, filed in August  2005, alleged that Daniels was subjected to severe racial  harassment while working on military aircrafts as part of a field  service team in Jacksonville,  Fla., Whidbey Island,  Wash., and Oah’u, Hawaii.  The EEOC charged that Daniels was  the target of persistent verbal abuse by coworkers and a supervisor whose racial  slurs and offensive language included calling him the “N-word” and saying “we should do to blacks what Hitler  did to the Jews” and “if the South had won then this would be a better  country.”  Daniels was also subjected to multiple physical threats, such as lynching  and other death threats after he reported the harassment. Despite its  legal obligations, Lockheed failed to  discipline the harassers and instead allowed the discrimination against Daniels  to continue unabated – even though the company was aware of the unlawful  conduct.

Commenting  on the settlement, Daniels said: “As an armed forces veteran who swore to  defend the rights and interest of Americans around the globe, I find it sad  that the U.S.  government had to sue its largest defense contractor Lockheed Martin -- whose  slogan is ‘We never forget who we’re working for’ -- to protect my rights here  at home!”

Daniels added, “I am pleased that  we stood up for justice, because it should help all hard-working Americans of  every race and gender to know that we have rights and protections guaranteed  under the laws of this nation.”

EEOC Regional  Attorney William Tamayo said, “This is a very good resolution because Lockheed  Martin agreed to terminate and permanently bar Daniel’s harassers from  employment.  It sends a powerful message  that racism cannot and must not be tolerated.”

Raymond Cheung, the EEOC attorney  who led the government’s litigation effort, added, “To combat the harassment  and threats faced by Mr. Daniels is at the heart of why the EEOC was  created.  Despite concerns of  retaliation, this man had the courage to stand up and make public what happened  to him, in an effort to ensure that it would not happen to anyone else.  It has been a once-in-a-lifetime honor to  work on this case.”

The litigation and consent decree  were filed by the EEOC under Title VII of the Civil Rights Act in the U.S. Court for the  District of Hawaii (U.S. Equal Employment  Opportunity Commission v. Lockheed Martin, CV-05-00479).

EEOC Honolulu Local Office Director  Timothy Riera praised the agency’s lead investigator in the case, Gloria  Gervacio, and said: “The  overt harassment to which Mr. Daniels was subjected in Hawaii represents some of the most severe  misconduct this office has come across.  It is imperative that employers here take  proactive measures to ensure that discrimination complaints are taken seriously  and that all employees work in an environment free of harassment.”

Racial harassment charge filings  with EEOC offices nationwide have more than doubled since the early 1990s from  3,075 in Fiscal Year 1991 to approximately 7,000 in FY 2007 (based on  preliminary year-end data).   Additionally, race remains the most frequently alleged basis of  discrimination in charges brought to the EEOC, accounting for about 36% of the  agency’s private sector caseload.

On Feb. 28, 2007,  EEOC Chair Naomi C. Earp launched the Commission's E-RACE Initiative  (Eradicating Racism And Colorism from Employment), a national outreach, education,  and enforcement campaign focusing on new and emerging race and color issues in  the 21st century workplace.  Further  information about the E-RACE Initiative is available on the EEOC’s web site at http://www.eeoc.gov/initiatives/e-race/index.html

The EEOC  enforces federal laws prohibiting employment discrimination based on race,  color, gender, religion, national origin, age and disability.  Further information about the  EEOC is available on its web site at http://www.eeoc.gov. 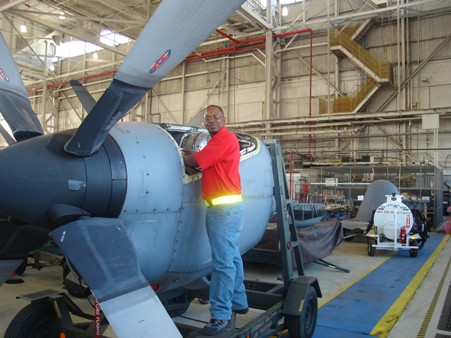