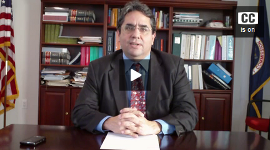 NEW YORK — Mavis Discount Tire refused to hire women for a wide variety of positions despite some applicants' superior qualifications, the U.S. Equal Employment Opportunity Commission (EEOC) charged in a lawsuit filed today.  The Millwood, New York-based company, which also operates as Mavis Tire Supply Corporation and Mavis Tire NY and owns Cole Muffler, Inc., sells tires and a variety of other automotive parts and services in some 110 facilities throughout the northeast.

At issue are Mavis's store and service center jobs of tire installers, mechanics, assistant managers, managers, and related positions.  According to the EEOC's lawsuit, since at least 2008, only one woman was employed in any of these positions out of approximately 800  employees.  The Commission also alleged that out of some 1,300 hires made between 2008-2010 for those positions, not one was female.  Additionally, despite Mavis's alleged failure to maintain applications—itself  a separate violation of federal law—those applications available indicated that  women with superior credentials and experience were rejected while less qualified men were hired.

Such alleged conduct constitutes a pattern and practice of discrimination that violates Title VII of the Civil Rights Act of 1964. The EEOC filed the lawsuit in the U.S. District Court for the Southern District of New York (EEOC v. Mavis Discount Tire, Inc., Mavis Tire Supply Corp., Mavis Tire NY, Inc., and Cole Muffler, Inc., Case No. 12-CV-0741 (JGK) (GWG)) after first attempting to conciliate the matter.  The suit seeks to recover past and future wages for all women applicants harmed by Mavis' actions, instatement in the jobs Mavis wrongfully denied them, as well as injunctive relief.

"The EEOC is uniquely positioned to challenge systemic hiring discrimination," said P. David Lopez, General Counsel of the EEOC.  "Where necessary, we are prepared to use litigation to hold employers accountable for depriving qualified applicants of job opportunities, simply because of their sex."

"Women have been working in traditionally all-male fields like automotive services and sales for quite a while, but Mavis seems to be stuck in the past," said Anna M. Pohl, trial attorney in the New York District Office.  Gillian L. Thomas, the other trial attorney on the case, added, "Evidence of sex discrimination doesn't get much starker than having just one woman employee out of eight hundred."

Women who believe they may have been denied a position at Mavis because of their sex and individuals who have any information that would be helpful to the EEOC's suit against Mavis should contact the EEOC toll free at 855-453-1963 or by email at mavis.lawsuit@eeoc.gov.