The U.S. Equal Employment Opportunity Commission (EEOC) today filed its sixth post-9/11 backlash discrimination lawsuit under Title VII of the 1964 Civil Rights Act against Trans States Airlines, Inc., a regional commuter airline.  EEOC alleges that Trans States discriminated against Mohammed Hussein, a pilot employed as a First Officer,  because of his Islamic religious beliefs and his Arabic appearance.  Mr. Hussein, who is a Pacific Islander and native of Fiji, was fired one week after the 9/11 terrorist attacks on September 18, 2001, despite an excellent work record.

Mr. Hussein filed a charge of religious, race and national origin discrimination with the EEOC in St. Louis after Trans States refused to provide a reason or other justification for his discharge.  During EEOC's investigation, Trans States asserted that it discharged Mr. Hussein primarily because it received an anonymous report that he was in a "drinking establishment" while in uniform.  The EEOC's Complaint alleges that contrary to its established policy, Trans States did not investigate the alleged report or even identify the person who made it.  They refused to inform Mr. Hussein of the allegations against him or provide him a chance to respond to the purported accusation.

In its suit, filed in U.S. District Court for the Eastern District of Missouri (Case No. 4:03CV00964 TCM, EEOC v. Trans States Airlines, Inc.), the EEOC is seeking a permanent injunction prohibiting the company from engaging in employment discrimination.

Mr. Hussein has wanted to fly since he was four years old when he saw the Concorde arrive in Fiji.  His high school studies heavily emphasized science and mathematics to better prepare him for aviation studies in college.  He graduated in 1997 with a B.A. in aviation from the Massey University School of Aviation in Palmerston North, New Zealand.  Mr. Hussein then attended Sierra Academy of Aeronautics in Oakland, California, and graduated in January 2000.  He taught there for about a year as a flight instructor before starting with Trans States in February 2001.  Since being fired by Trans States he has been unable to obtain a flight crew job with another airline and has worked elsewhere as a business manager since December 2001.

Mr. Hussein said, "I have wanted to fly since I was a small boy.  I devoted my life and worked hard to attain my dream.  After coming to America and realizing my dream, to have it snatched away because of my religion and how I look is just devastating.  That is not America."

Lynn Bruner, Director of the St. Louis District Office of the EEOC, stated, "All Americans were horrified by the events of 9/11, but that can't excuse illegal behavior.  EEOC will do everything it can to protect Mr. Hussein's right to work, and his right to practice the religion of his choice.  He shouldn't have to give up a job because of the way he looks or the religion he practices."

Robert Johnson, Regional Attorney of the EEOC's St. Louis District Office, said, "The tragic events of 9/11 cannot be used to justify discrimination against innocent individuals because of their religion, national origin, or appearance.  Even in times of great national distress, employers must uphold our freedoms and guard against unlawful discrimination."

Since September 11, 2001, the EEOC has received more than 800 charge filings nationwide alleging post-9/11 backlash discrimination by individuals who are – or who are perceived to be –  Muslim, Arabic, Middle Eastern, South Asian or Sikh.  The two most common issues alleged are harassment and discharge.  Nearly 100 individuals aggrieved by 9/11-related employment discrimination have received over $1,450,000 in monetary benefits through EEOC's enforcement, mediation, conciliation, and litigation efforts.  The Commission has also been at the forefront of the federal government in conducting vigorous outreach and education to both the employer and labor communities at the national and grassroots levels to prevent such discrimination and promote voluntary compliance with the law. 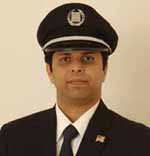