ALBUQUERQUE -- IHOP restaurants in Bernalillo and Sandoval Counties that are owned and operated by Fahim Adi have agreed to settle a class sex discrimination lawsuit filed by the U.S. Equal Employment Opportunity Commission (EEOC) for $1 million, the agency announced today.

The EEOC's lawsuit charged that Lee Broadnax, then a manager of the defendants' IHOP restaurants, subjected a class of women, including some teenagers, to sexual harassment. The sexually offensive conduct included sexual comments, innuendo and unwanted touching. The EEOC's suit also alleged that some women were forced to quit their jobs because of the sexual harassment, and/or due to the IHOP's failure to provide preventive or remedial relief.

The case is the second-largest litigation settlement ever reached by the EEOC's Albuquerque Area Office.  At least 22 women are expected to receive relief through the decree. In addition to the substantial monetary relief, the decree prohibits the defendants' IHOP restaurants from further discriminating or retaliating against its employees and requires IHOP to implement policies and practices that will provide its employees a work environment free of sex discrimination and retaliation.  The defendants must also provide its employees in Bernalillo and Sandoval County IHOPs with anti-discrimination training and notice of the settlement.  The company must also report future complaints to the EEOC for the duration of the decree.

"Managers must constantly be reminded of their obligation to maintain workplaces where employees are not subjected to illegal harassment or forced to quit because of the harassment," said Regional Attorney Mary Jo O'Neill of the EEOC's Phoenix District Office.  "Where managers fail to satisfy these obligations, it is the employer's responsibility to correct the violations and prevent other violations from occurring.  These women and all women deserve to work without being harassed because of their sex.  It is especially true that given these difficult economic times, women should not be forced to choose between intolerable sexual harassment and wages for their families."

EEOC Albuquerque Area Director Derick L. Newton added, "We are pleased that this employer is taking appropriate steps to assure that no further harassment occurs in its workplaces.  Federal law protects a woman's right to work without harassment because of her sex.  Violations of the law will be met with rigorous enforcement by our agency."

The EEOC recently updated its Youth@Work website (at http://www.eeoc.gov/youth/), which presents information for teens and other young workers about employment discrimination.  The website also contains curriculum guides for students and teachers and videos to help young workers learn about their rights and responsibilities in the work force. 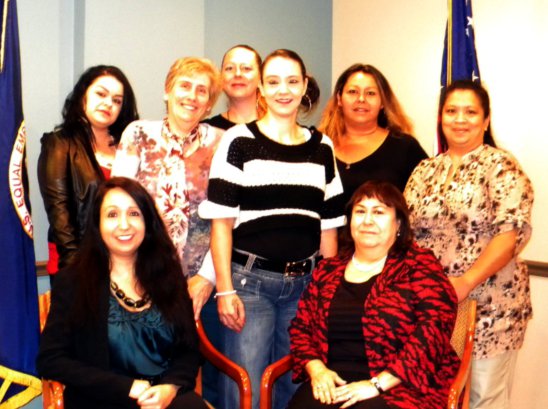