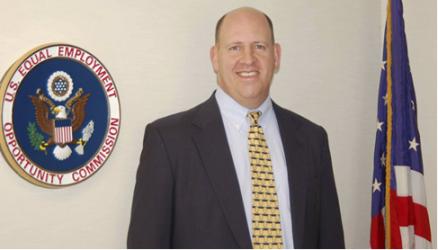 We are delighted to welcome Reed Russell as EEOC's Legal Counsel, Chair Naomi C. Earp said. Reed's professional background, which encompasses legal, military and business experience, renders him uniquely suited to address existing and emerging employment law issues and trends. I would also like to thank Peggy Mastroianni for her diligent work as Acting Legal Counsel during the past four years.

The EEOCs Office of Legal Counsel (OLC) serves as the principal advisor to the Commission on enforcement matters. OLC represents the Commission in defensive litigation and administrative hearings. OLC prepares Commission decisions on charges for which there is no precedent. OLC writes regulations, conducts outreach and education efforts, and coordinates all federal issues affecting equal employment opportunity.

EEOCs OLC office is involved in analyzing and shaping policy on the cutting-edge EEO issues that affect employers and employees across the country every day, Russell said. Getting to help shape such policy and work with so many experts on EEO law was an opportunity I could not pass up.

Russell served in the Army Reserves and the National Guard, including an active duty tour in Iraq from June 2005 until March 2006, where he was an advisor to Iraqi Special Police in Ramadi and later Baghdad. He was class valedictorian at Catholic Law School in 1999, and graduated from Wake Forest University in 1991 with a bachelors in business administration.

Russell and his wife have two young sons, and expect to welcome a baby daughter from South Korea in the spring of 2008.