Waiting with Their Wings to Fight Workplace Sex Discrimination

Flight Attendants Were Instrumental in the Early Enforcement of Title VII's Prohibition of Sex Discrimination, Panel Explains at 50thAnniversary Event in Chicago

The event, The Civil Rights Act @ 50: The Pioneering Role of Flight Attendants in Fighting Sex Discrimination was co-sponsored by the U.S. Equal Employment Opportunity Commission (EEOC), IIT Chicago-Kent College of Law's Institute for Law and the Workplace (Workplace Institute); and the Equal Employment Opportunity Committee of the American Bar Association's Section of Labor and Employment Law (ABA Committee). A video of the event is available online.

Flight attendants' fight for equal treatment began in the 1960s, with lawsuits such as Mary Celeste (Lansdale) Brodigan's challenge to United's policy of discharging female, but not male, employees upon marriage, which was subsequently overturned in court. Similarly, Mary Pat Laffey-Inman brought a case under Title VII and the Equal Pay Act, resulting in findings that Northwest treated male and female flight attendants differently in areas of hiring, pay, promotions, benefits, and weight monitoring.

"To give life to Title VII, it takes the commitment and tenaciousness of individuals willing to challenge injustice and go forward, often for many years, to vindicate their rights," Commissioner Lipnic reflected. "These women, through their legal actions, made workplaces better for all Americans, women and men.  They are a testament to the enduring power of the Civil Rights Act."

Chair Yang said, "Flight attendants' civil rights strides also extended beyond Title VII and the airline industry, as they prevailed in striking down arbitrary age restrictions for women in the workplace and began to change views about women's roles at home and in our society."

Chair Yang and other program participants noted, however, that despite our progress, the nation has not yet fulfilled the promise of Title VII's prohibitions against sex discrimination. The EEOC continues to see charges alleging unequal pay on the basis of sex, sex stereotyping, sexual harassment, and pregnancy discrimination.  To learn more about EEOC's efforts to combat workplace sex discrimination, visit http://www.eeoc.gov/laws/types/sex.cfm.

The Workplace Institute is a national center of the Illinois Institute of Technology's Chicago- Kent School of Law for "research, training, dialogue and reflection on the law that governs the workplace."

The ABA Committee on Equal Employment Opportunity Law within the section of Labor and Employment "concentrates on all aspects of equal employment opportunity under federal and state law in both private and public employment." 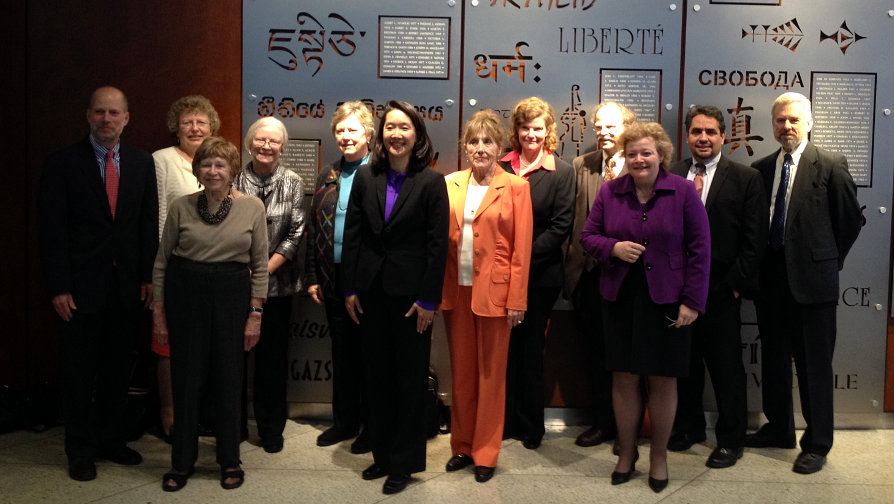 Panelists commemorating the 50th anniver&shy;sary of the Civil Rights Act of 1964