Today, April 10th, we recognize Equal Pay Day -- the point of time in the calendar year when, after adding up the wages of all working women, their median wage equals that of the median wage of working men from the prior year.  In other words, only after working the first four months of the new year do working women start to catch up.  And that is only If we separate out women of color -- their Equal Pay Day is months even further into the year.

Equal Pay Day was first started in 1996 by the National Committee on Pay Equity to highlight the gap between men and women's wages.  Long before that, in 1963, the nation made it a matter of federal law that there must be equal pay for equal work.  Still, fifty-five years later, we at the EEOC continue to see discriminatory pay practices that disregard the concept of equal pay for equal work.

We don't just decry pay discrimination, we combat it over and over.  Just a few examples:

I remain committed to the EEOC's push for equal pay and have worked to ensure that our agency remains a leader in this area.  Over the past two years EEOC has worked diligently to enforce federal laws prohibiting pay discrimination, resolving more than 5,000 charges alleging pay discrimination on the basis of sex and recovering approximately $40 million through the administrative process and litigation.  I am immensely proud of the work we have done, and commend each and every member of the EEOC's staff who has contributed to these efforts.  Yet while we have made great strides, it is clear that there remains much work to be done. 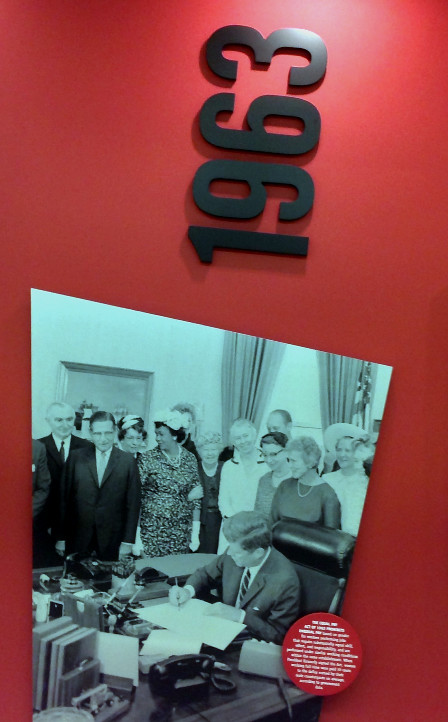